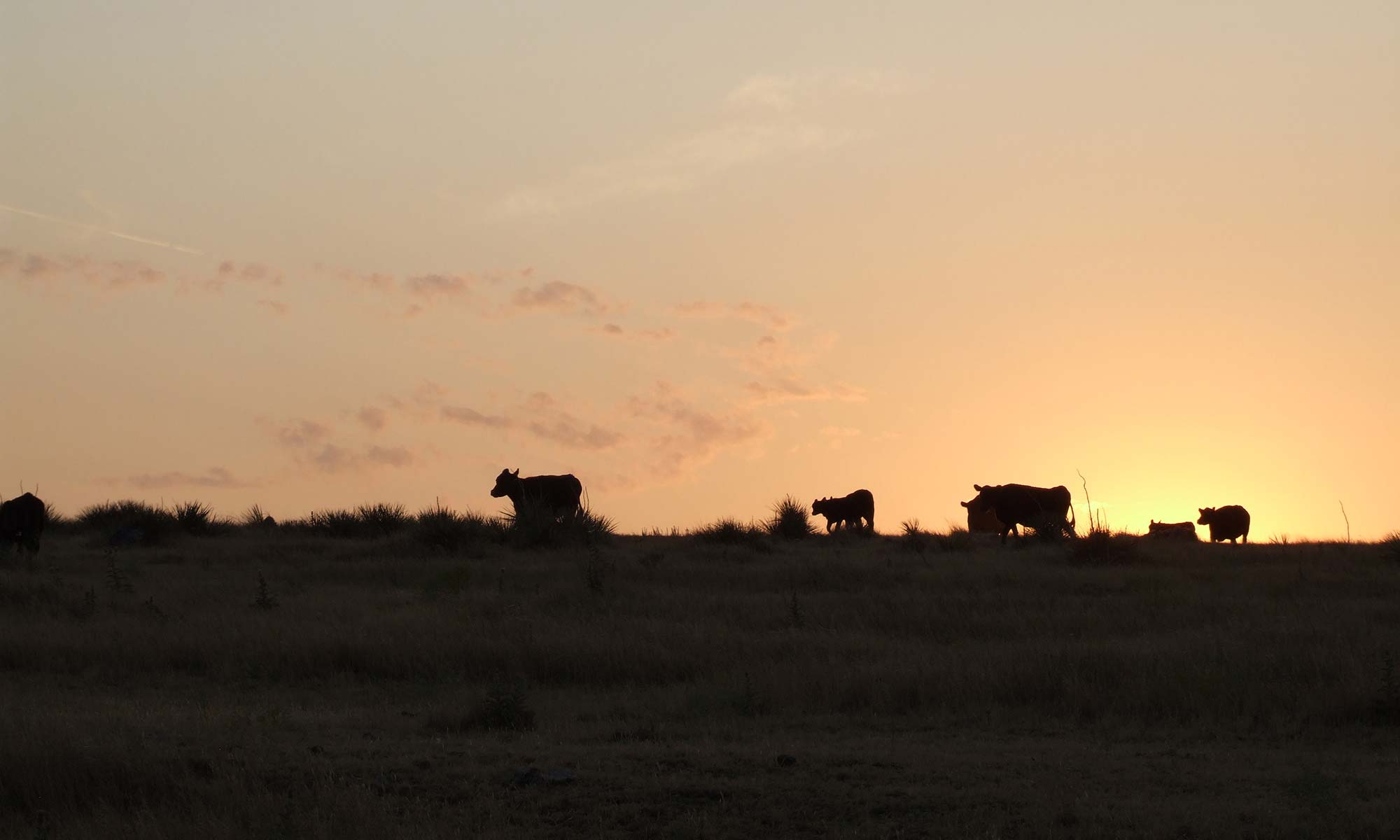 LUNDGREN ANGUS RANCH is located on the original family homestead, which was homesteaded by Hulda Christina Lewis, Larry's paternal grandmother. Gove County records show the date of Hulda's homestead as Nov. 26, 1900. Hulda lived in a small “soddie” and eventually met Edward Julius Lundgren, a “handsome young Swede” who immigrated here in 1903. Two years later, they were united in marriage and began building and expanding the operation and soon started their family.

Harold Julius Lundgren was one of Ed and Hulda's children, and he married Vera Jennison of Healy. Through hard work and commitment, they survived the terrible drought and dust storms of the “dirty thirties”, while many others of the Swedish community moved on to other areas. Blizzards, drought, hailstorms, and prairie fires have thrown themselves at the area for years, but the Lundgren's, through faith in Jesus Christ, have endured.

Angus cattle were not always the norm at the ranch. Before his passing, Harold told of Shorthorns being the first cattle he remembered. Herefords eventually took over, and for years, that is all that were ever on the ranch. In 1995, Larry and Anita started LUNDGREN ANGUS RANCH with the purchase of twelve heifers from TC Ranch of Franklin, NE. The first herd sire used on those heifers was Molitor Dividend Merger 2614 from the Molitor herd at Zenda, KS. Further additions to the herd were selections from the Kansas herds of K-State, McCurry Brothers, Kroeker, Benoit, Bar S, Green Garden, Stucky, Molitor, and Poland. Further Nebraska purchases were added from TC Ranch, Baldridge Brothers, Rishel, Groseth, and Minert.

Today, Blake and Kirsten (Lundgren) Angell represent the 4th generation of the family to be operating on the original homestead. As the Angus herd has continued to grow, Blake and Kirsten have also been responsible for introducing a Red Angus herd into the operation. Through extensive A.I. and ET work, we are striving to produce the type of genetics that will allow our bull customers to be successful and profitable by focusing on traits such as disposition, maternal ability, growth and carcass.